by Maquina
in Pragmatism
0 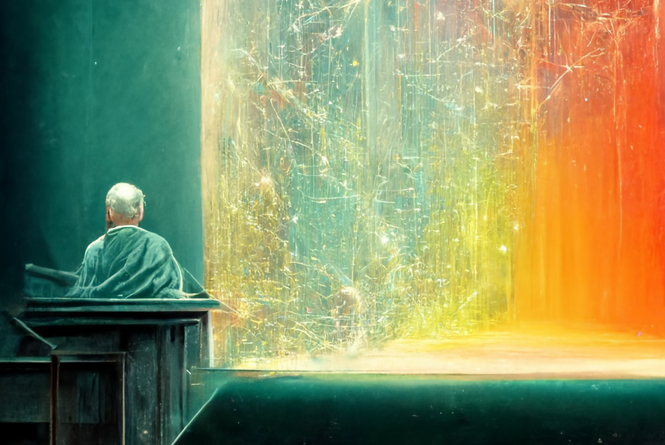 “The Future of Philosophy” (detail) by Simone Nota

I have recently been toying with AI image generators (DALL-E 2 and Midjourney) to create pictures of philosophers and philosophical ideas. Some pictures are serious, some are funny, but most are kind of both!

While I am far from being an artist (at best a playful experimenter!), here’s a brief description of the process that leads to the creation of these pictures. It all starts with an idea, which is usually embodied in the texts of some great philosophers, and which lends itself to be represented pictorially. For example, Jeremy Bentham once described natural human rights as “nonsense on stilts”. Recalling that passage, I wondered what nonsense on stilts would look like, and prompted the AI Midjourney to “imagine” it. The result looks quite like some of the paintings of the French surrealist painter Yves Tanguy. 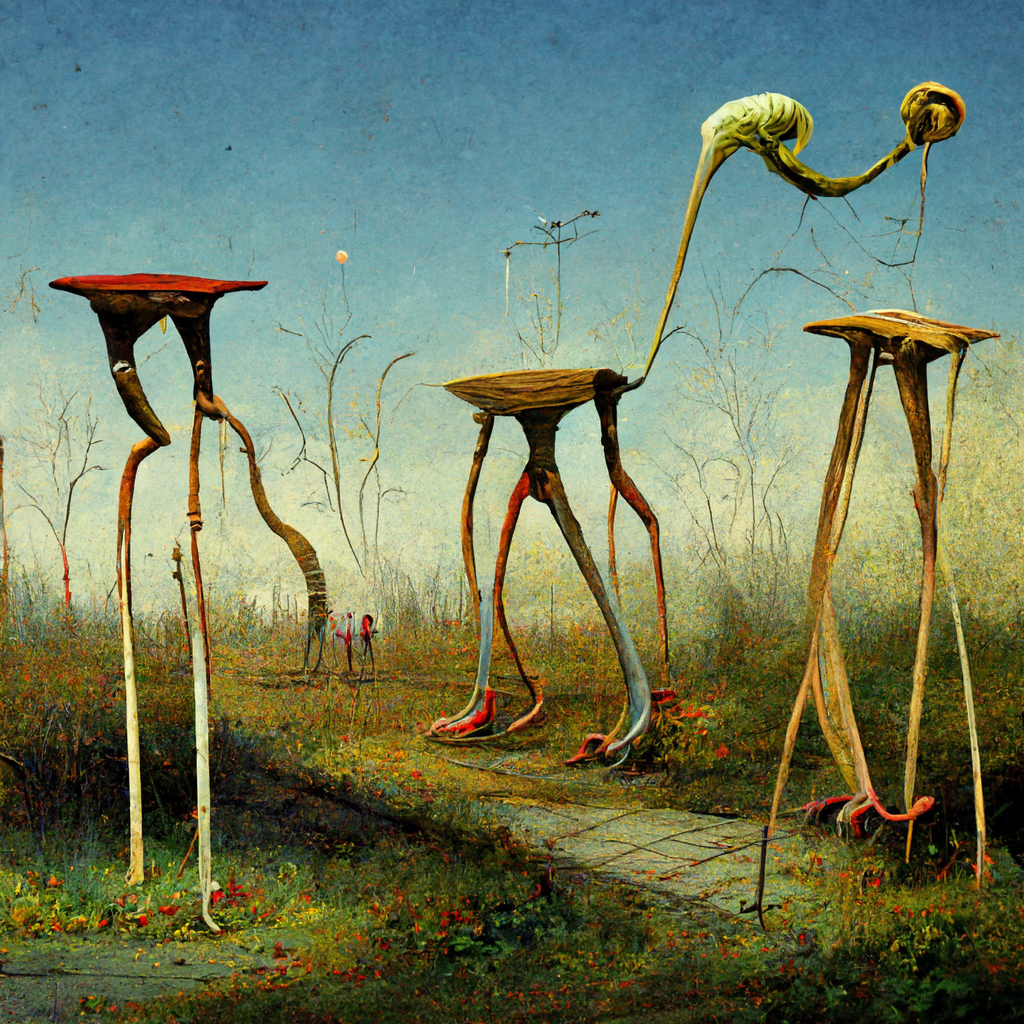 “Nonsense on Stilts” by Simone Nota

This was one of my lucky attempts, where a simple prompt was instantly turned into a decent picture by the (extremely powerful) AI.

New Publishing Arrangements for “Thought: A Journal of Philosophy”

Other prompts required a bit of fine-tuning on my part. For example, it took more than 20 attempts to get Wittgenstein’s ladder right. I wanted the ascent on the ladder to be treacherous, yet rewarding, ending as it does with clarity. I also wanted the picture to include Wittgenstein, or his spirit, in some form. I had to strike a fine balance in the description to get even some of this, but I was quite satisfied with the result. 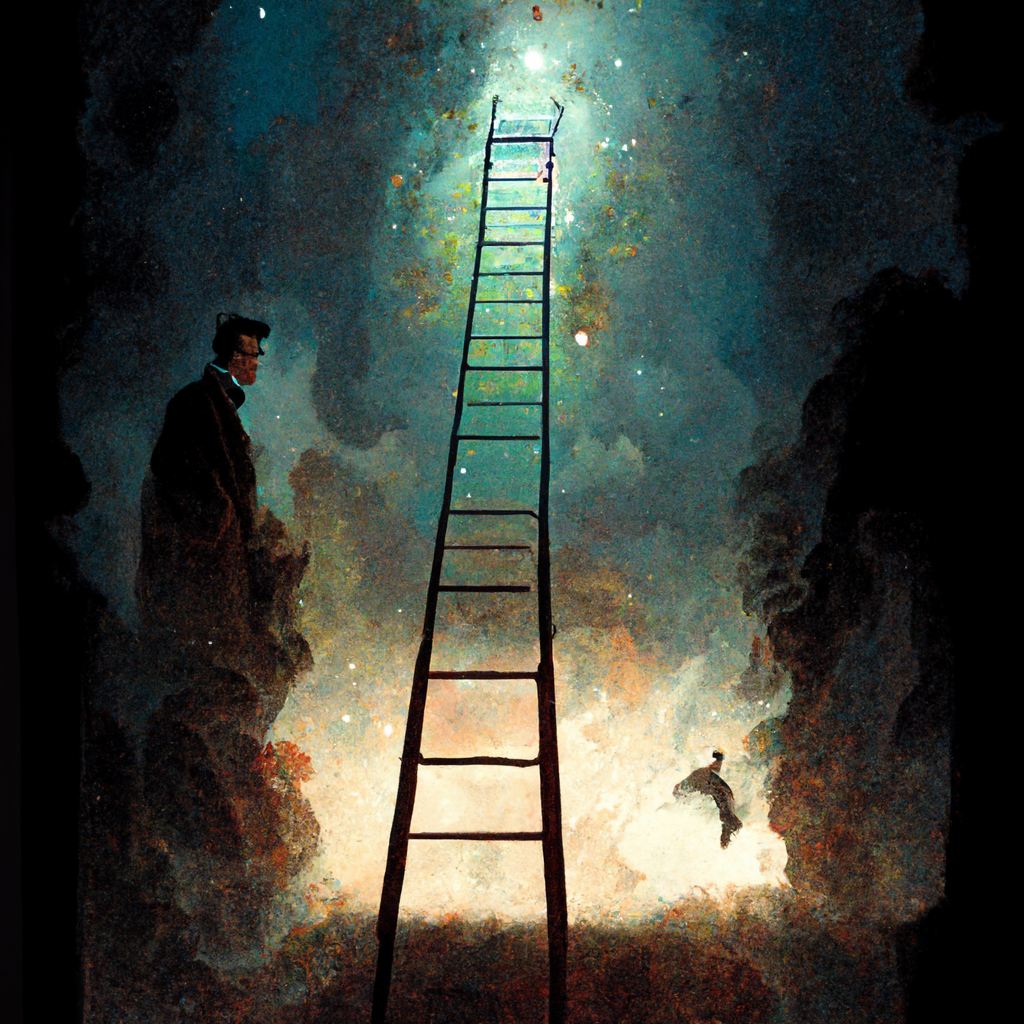 I’ve created many other images—ranging from a portrait of a happy Schopenhauer (!)… 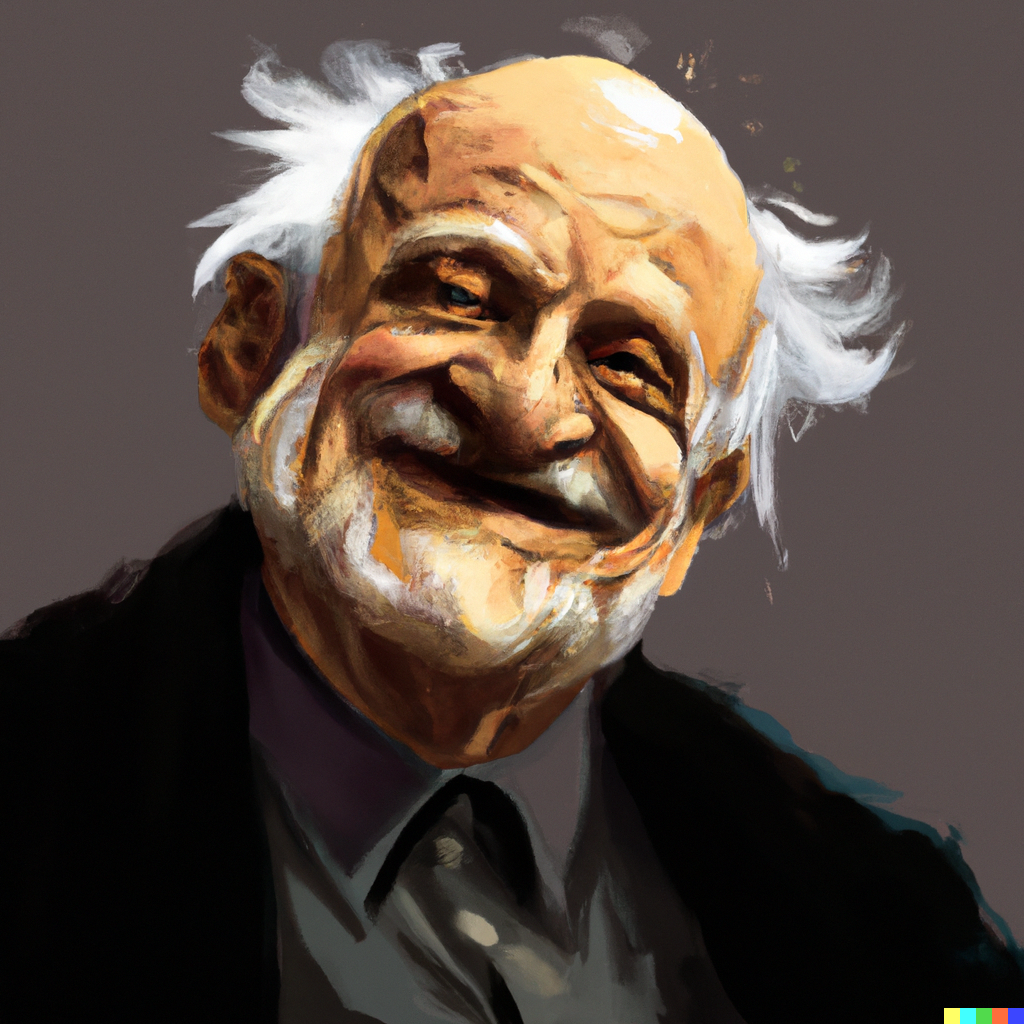 to one of Elena Corner, the first woman to be awarded a philosophy degree. 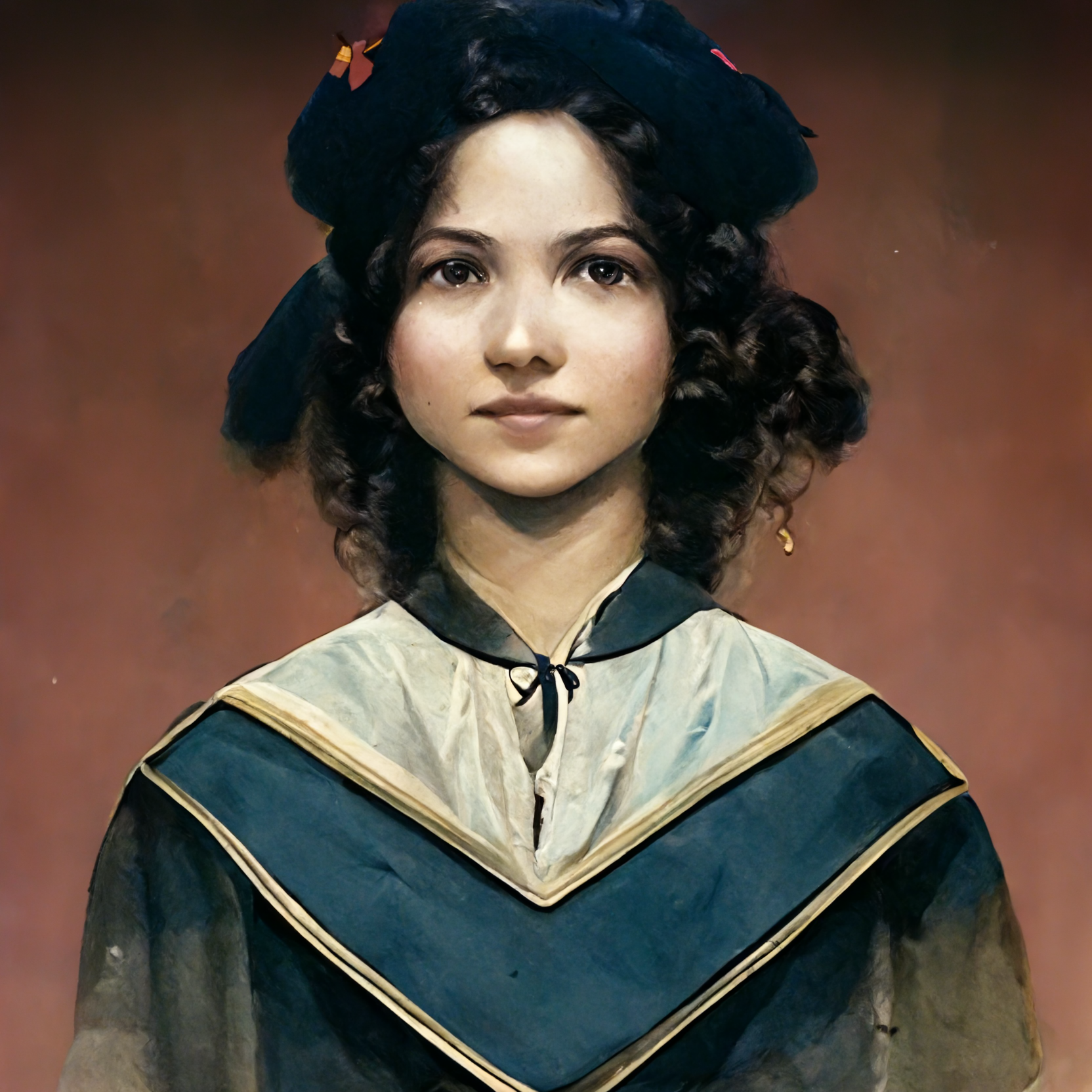 “Elena Lucrezia Corner, First Woman to Be Awarded a PhD in Philosophy” by Simone Nota

I’ve included some other pictures below, and you can find more on my personal website and the platform DeviantArt.

If you have any recommendations on what I should “ask” the AIs next, make a request in the comments here (or drop me an email at snota [at] tcd [dot] ie). 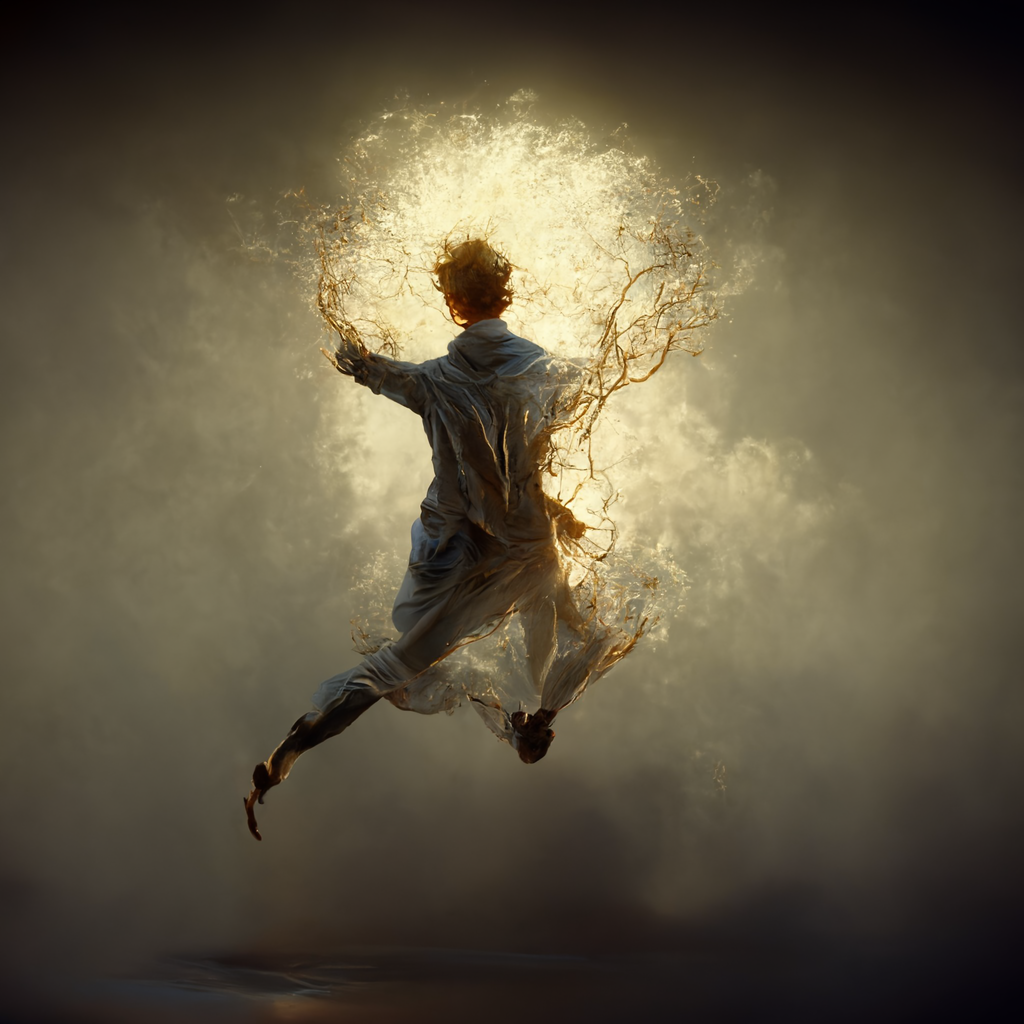 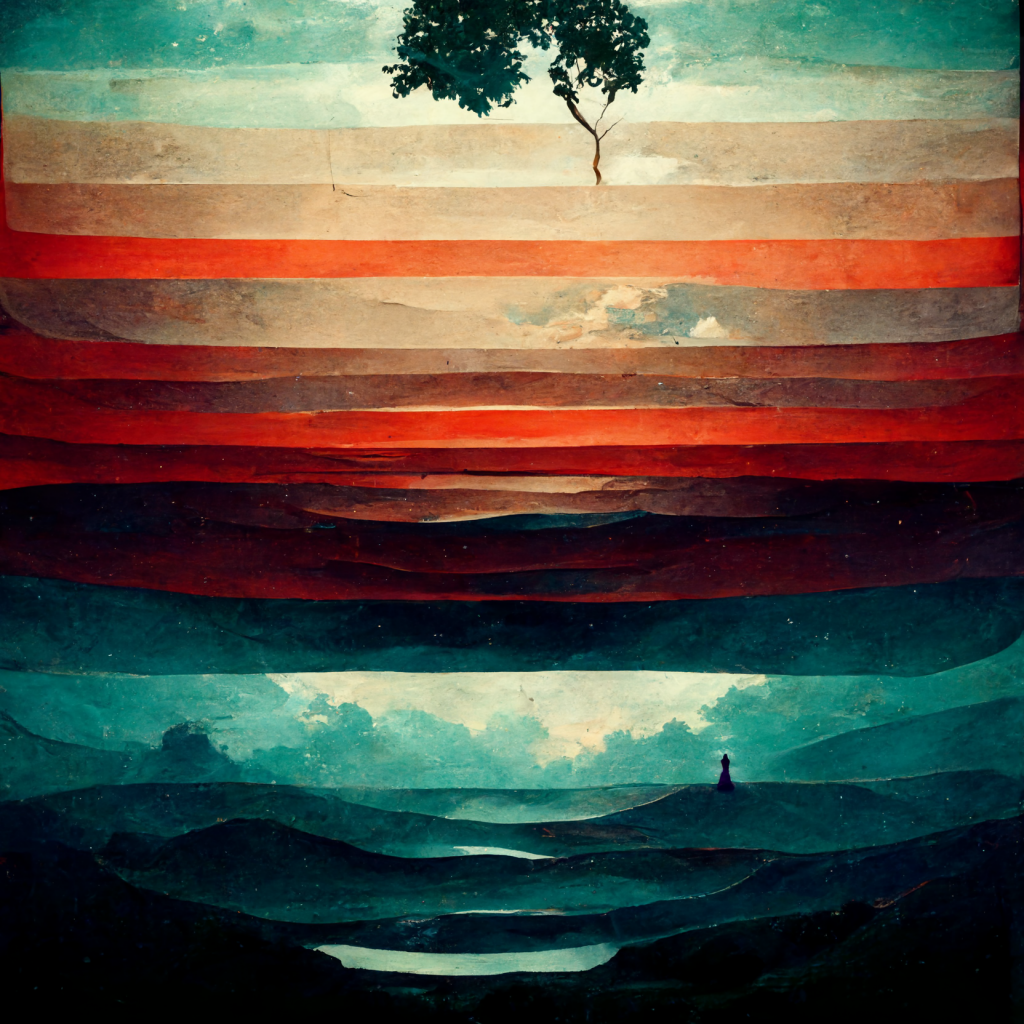 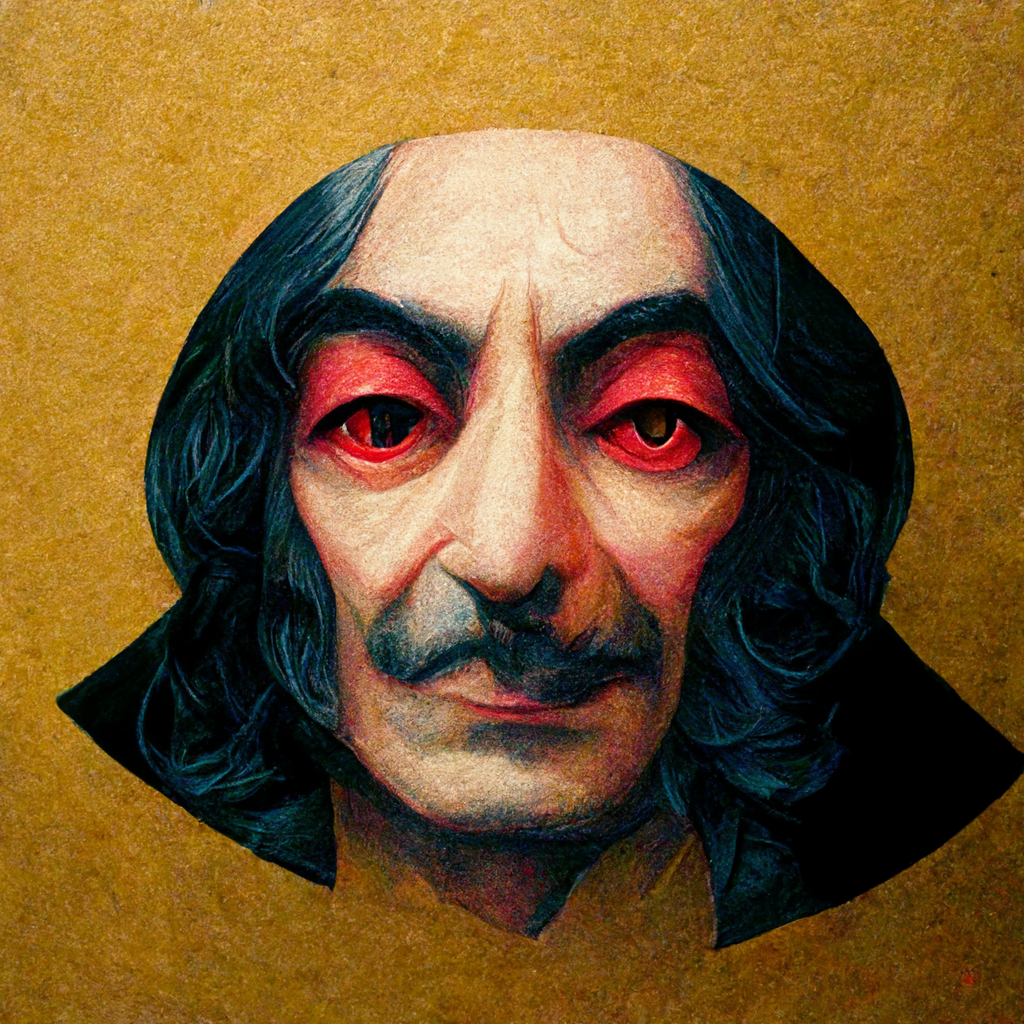 “Descartes Deceived by the Evil Demon” by Simone Nota 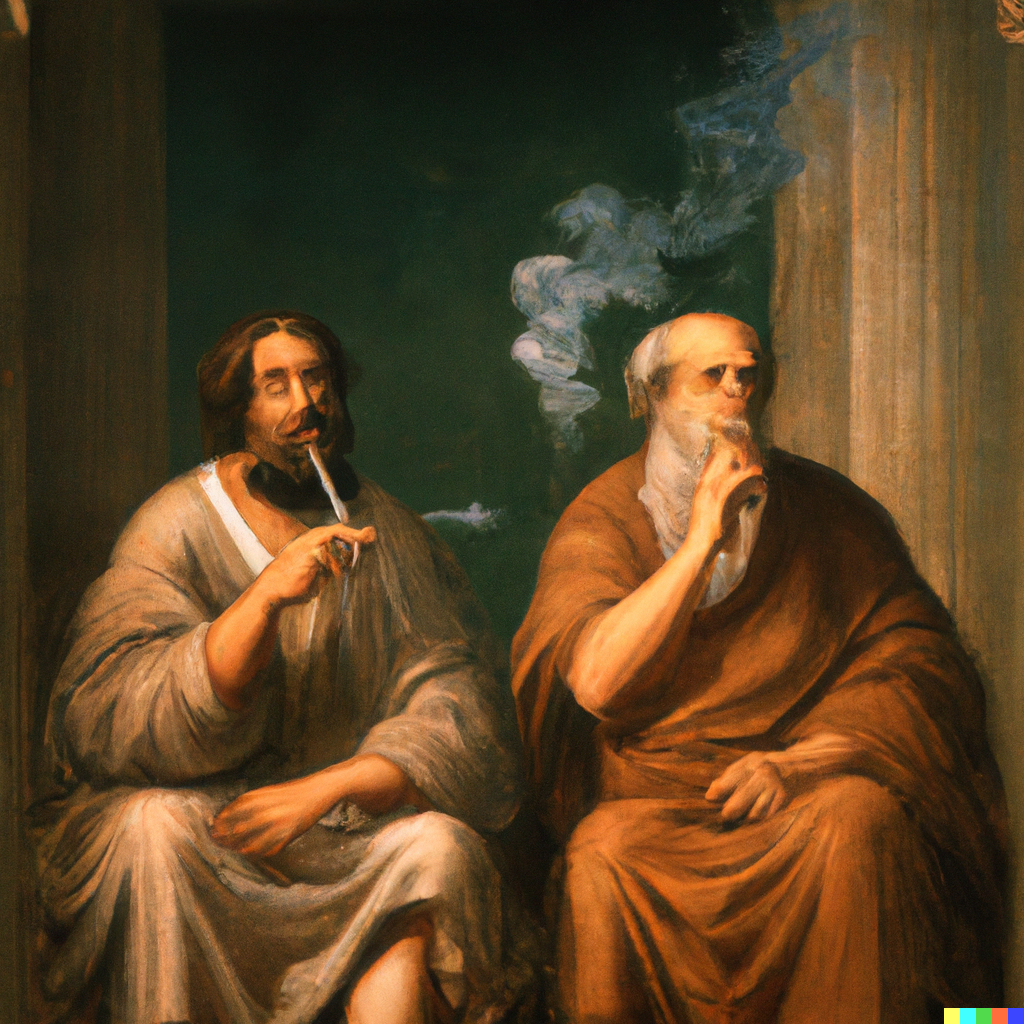 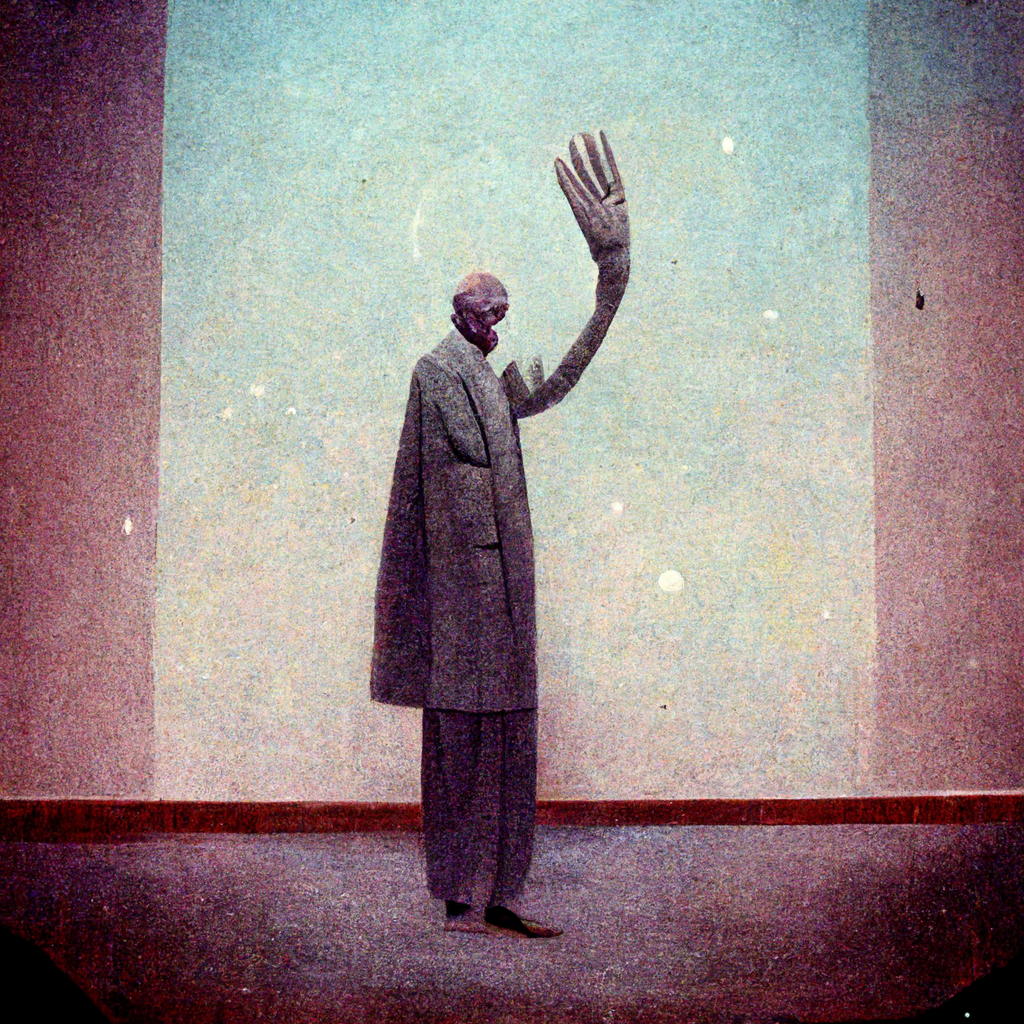 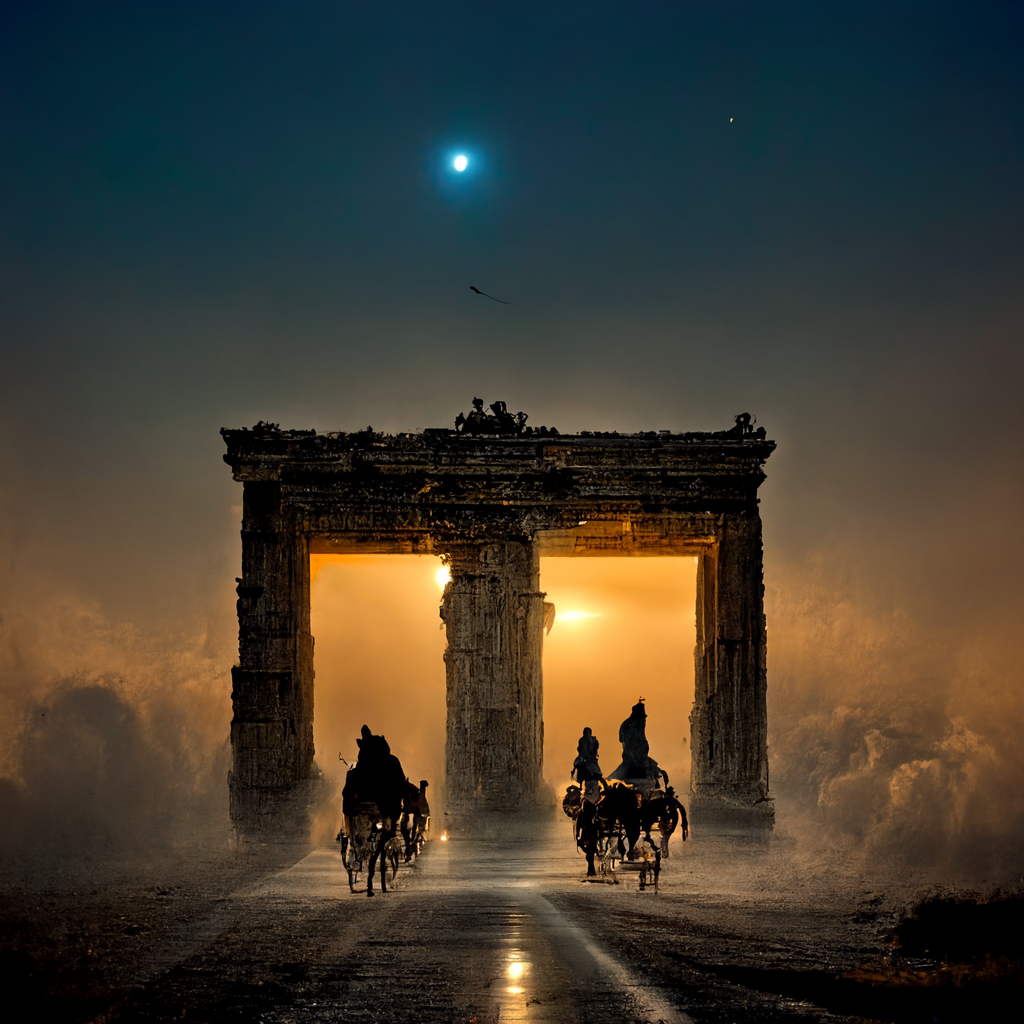 “Parmenides at the Gates of Night and Day” by Simone Nota 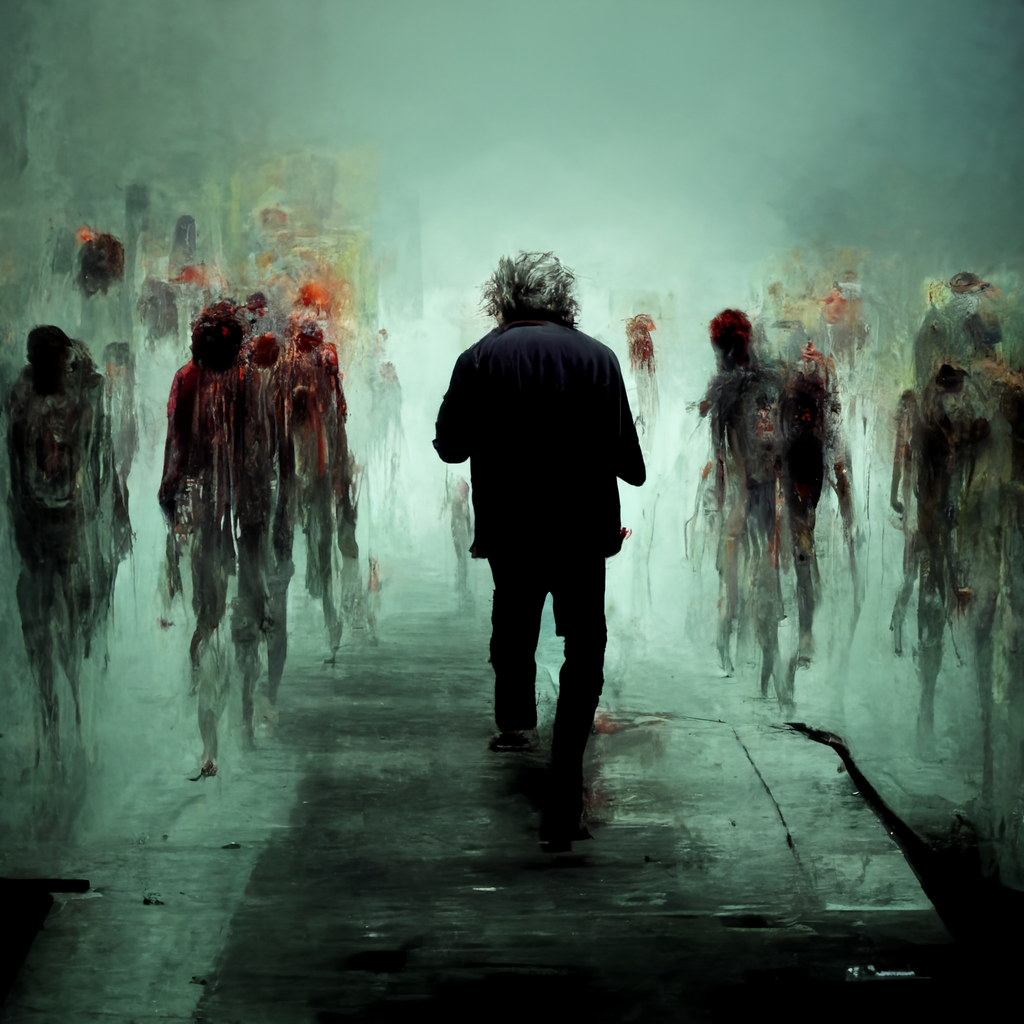 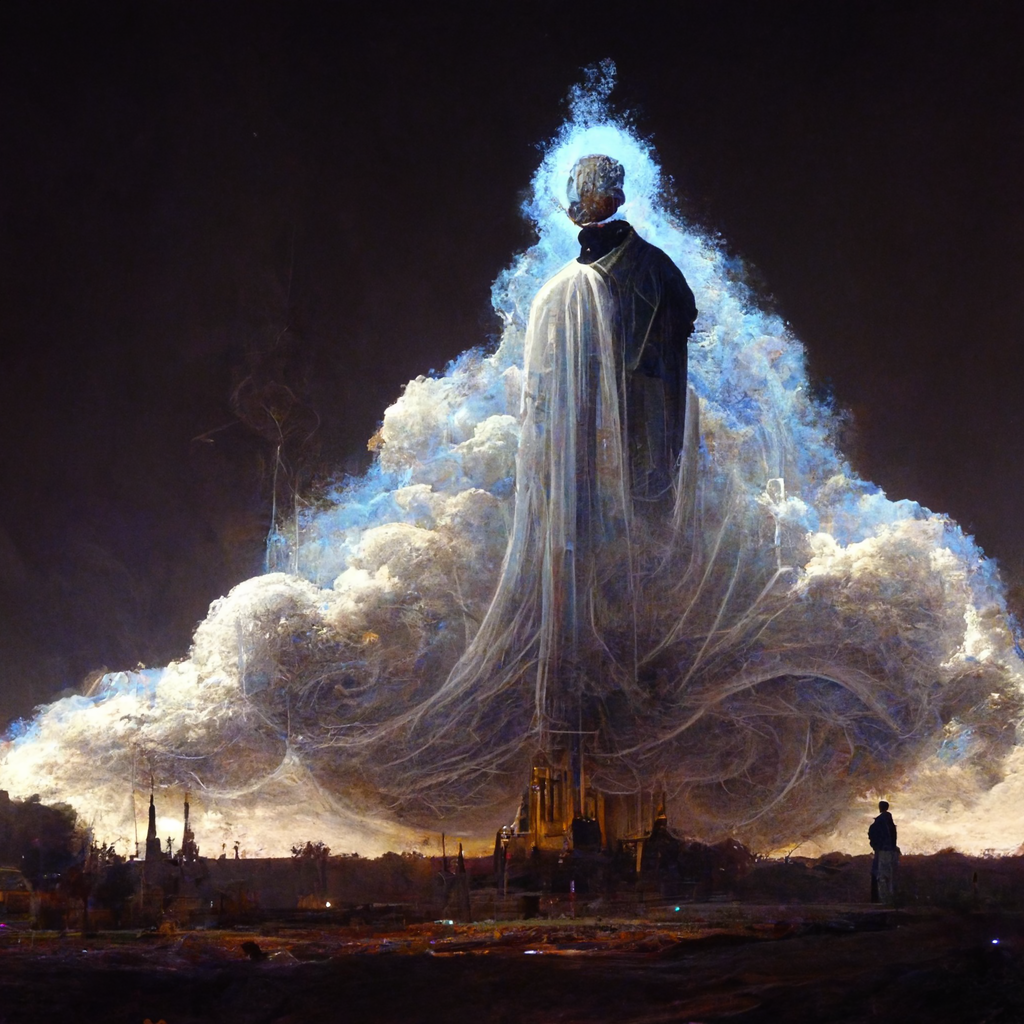 And, because Thanksgiving in the United States is coming up… 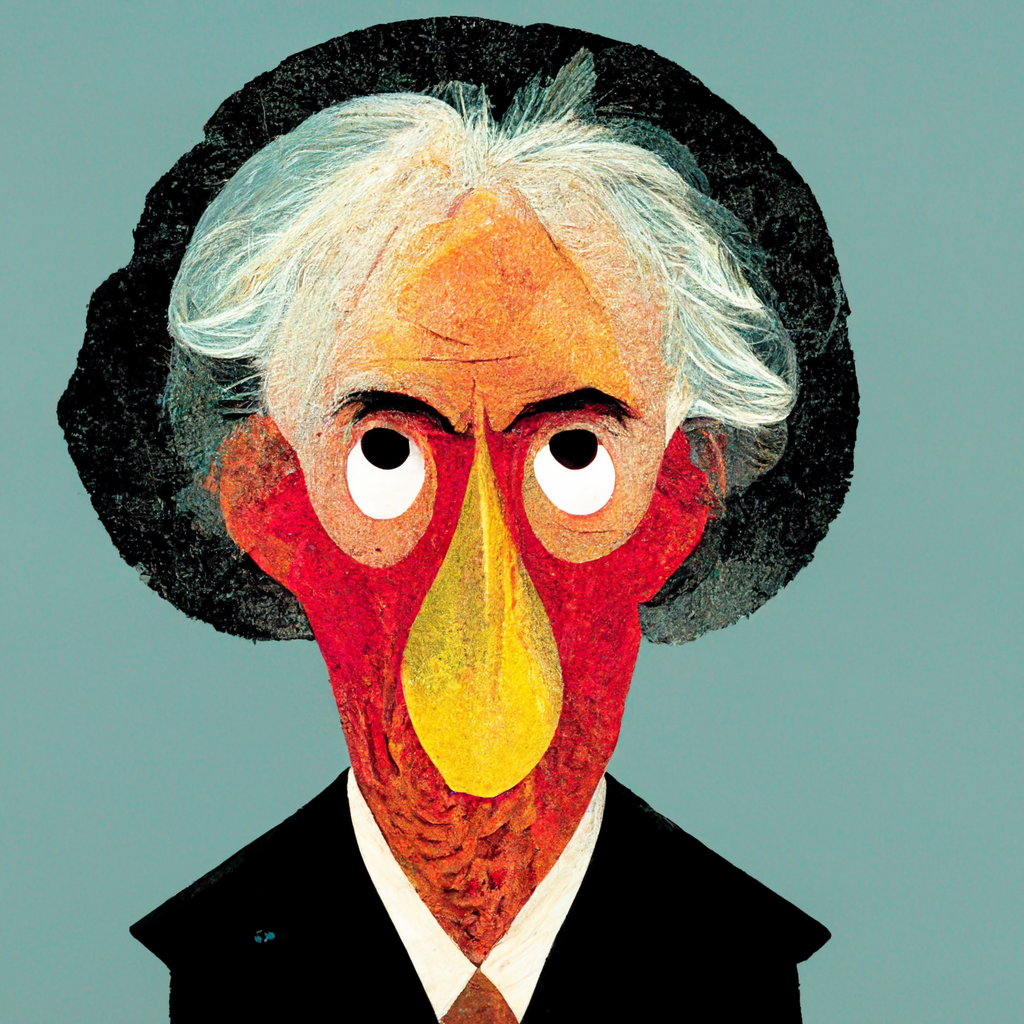 “Russell Is a Turkey” by Simone Nota

New Publishing Arrangements for “Thought: A Journal of Philosophy”

Ep. 312 How The Culture Wars Are Reshaping Literature Teaching

5 Reasons Why University Leadership Roles Should Be Open to Those Without a Ph.D.